Magic. It was the only word that Minerva could think of as she stood in the crowd of hidden faces and covered up bodies at the Ball. Pure, mystical magic. Not being one to put herself out there, the young Griffith always struggled to feel confident among her peers, but she had gone out of her way to mask herself as much as possible for tonight. It was a masquerade after all, and from what she heard from others it was expected that you come masked and try to hide your identity.

Perhaps it was possible she put too much thought into it, being an over achiever and eager to please she had quickly put together a delicate leather mask with large raven feathers needled through, with tips dipped in sticky tree sap for good measure. For an outfit she had quickly found Darius to request a simple gown in exchange for some rabbit pelts and a handful of odds and ends she had found in Halifax. It wasn’t much but Darius was more eager to make his fellow Cavaliers look stunning, likely in hopes of getting more future commissions. Before she entered the Court, Minerva had spent the day dusting her fur and rubbing against the trees of the neutral territories in hope of dampening her scent. Of course she had warmed up a pail of water to wash herself fully before the evening began.

Now, fully dressed in a beautiful but simple maroon gown and her dark mask, she watched the crowd unsure of what she should do. The Queen of these lands had given a short welcome, announcing some things that did not apply to the Cavaliers, before starting the music. Around her canines were beginning to feast, drink, and dance, and she knew that she would seem quite out of place if she didn’t pick an activity. Waltzing over to one of the tables she found the nearest drink and picked it up. Before she knew what it was she had taken a sip. Her face soured at the taste of alcohol but she dared not insult someone by putting it down. Instead she stood, moving only a few feet away, to finish off the drink while taking in the atmosphere.

Tonight was also an important night for Minnie. The last time she had attended a Ball she had been almost half her age, and hardly could be called an adult. Very recently she had ascended to the Officer ranks, along with earning the job title of Spiritual Advisor. It was quite a bit of pressure on the young women, but at least among her home she seemed to be the most curious about exploring the spirits and divines. With the new titles came the stress of wanting to appear confident, adult, and proper. As time ticked she refilled the drink, feeling the cider drink starting to take affect and help her relax. Maybe after one more she would have the confidence to ask someone to dance? It was rather silly to continue to stand off to the side. 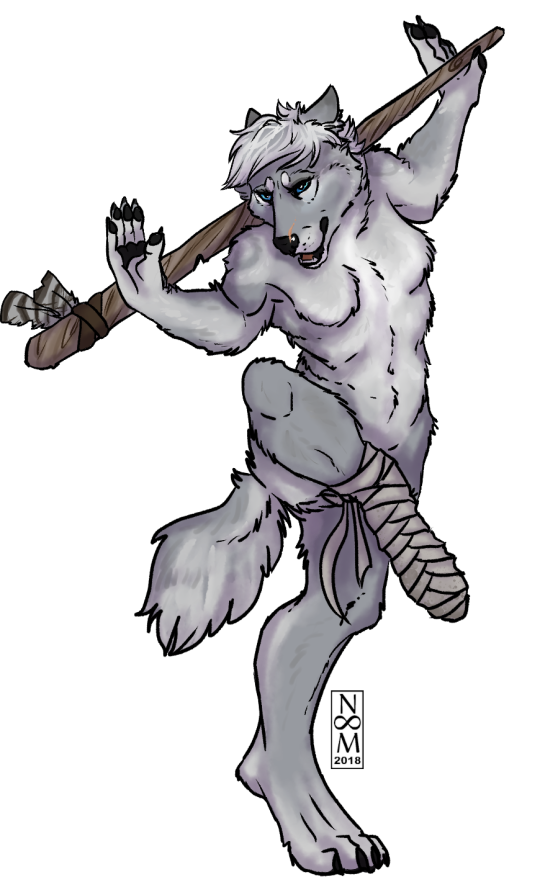 OOC :: Words→ 363
Nayavota sniffed the cup of juice in her hand and wrinkled her nose. ”Smell dis,” she said, before shoving it under Falcon’s nose. Her friend recoiled briefly, before acquiescing to her demand.

”Someone spiked it,” he said immediately, taking the cup from Nayavota and placing it on the table. She moved to alert someone, maybe whoever was watching the kids, but Falcon stopped her. ”Isn’t that your mystery girl?” he asked, pointing into the crowd. Naya’s head shot straight up and she nodded, smiling despite herself. The pale woman was dressed in a long, maroon dress and a raven feather mask, gray-brown hair cascading down her shoulders. She was one of the prettiest girls Nayavota had ever seen, but… She just didn’t know what to say.

Falcon grinned and nudged her with his elbow. ”Why don’t you go talk to her?” he asked, ”Maybe she’s a Cavalier.”

Nayavota sighed and slumped against the table. ”Maybe she’s a Mistwalker,” she teased. Naya had been eager to set off for the masquerade—too eager, perhaps—and missed everyone’s last minute preparations. Now, she barely recognized anyone; even her fellow Cavaliers alluded her, with most of them well-disguised from head to toe.

”Touché. I could make a distraction,” Falcon offered, smirking at the pale Cadet, ”and you could sweep in while everyone’s busy.”

The silver Cadet rolled her eyes and stood up. ”No tanks,” she said, smiling despite herself. Naya stared at the mystery woman from afar, took a deep breath, and sat back down. Falcon snorted and pat Naya on the shoulder. Then, he held up one finger, pushed back his chair, and slipped into the crowd. He was gone before Naya could stop him.

Morbid curiosity kept Nayavota seated, her brief horror replaced with embarrassed amusement. Falcon strode up to the mystery woman and bowed, his smile warm and inviting. Naya couldn’t hear what they were saying, but she worried about his brief, wide-eyed expression; the wide, toothy smile that went along with it didn’t help. Falcon knew something she didn’t, and the pale Cavalier didn’t like it.

There was a false sense of confidence that came to her as time passed and no one seemed to talk to or recognize her. Maybe she would get through the evening unscathed? Taking another sip she looked around some more. Maybe she should find a member from a different pack to talk to. Quickly the thought overwhelmed her, as strangers danced around and chatted warmly. Minerva was not exactly meant for this life, at least not yet. She was still quite young, and unsure of herself. There were aspects in her life she was becoming more comfortable with, her spirituality for example, but dancing was so…out there and embarrassing. Another sip of cider. Maybe some day she would be more confidant but that day was not today.

Out o the corner of her eye she spotted someone approaching. Turning away slightly she hoped that they were going towards someone else, but there was no such luck. A dark male bowed before her, and as soon as he spoke she recognized the sound. She forgot his name but he had been a Cavalier before leaving, clearly for one of the two other packs that were present. She bowed slightly in return, blushing deeply as he explained that his friend wanted a dance but had been too stunned by her beauty to ask herself. Herself. So his friend was another woman. Her eyes darted around searching for who he could be talking about but there were too many females present to be sure. “I-I’d be happy to dance.” She said, her cheeks still hot from the complement.

It was with her words that the males eyes grew larger and his grin spread thin, perhaps in recognition or enjoyment at the match. Offering her an arm he led her through the crowd to a silven woman, whom Minerva instantly recognized. Her mouth opened a little bit as though to speak, but she wasn’t quite sure what to say. Instead she simply bowed. It was all too easy to recognize Naya, as the young woman displayed her Casa pride vividly with her cloak, and her foot wrap. But did she recognize Minerva?

Minerva! Nayavota let her surprise get the better of her as she stared, bug-eyed, at the other woman. Falcon snorted, but Naya was too distracted to glare at him. “I—wow,” she said, at a loss for words. The pale girl’s disguise led the crowd to her identity, instead of away from it. Now, sitting stunned in front of Minerva, she almost wished she'd been more subtle. Almost.

There was a moment of hesitation, of nervous contemplation, before Nayavota stood and took Minerva’s hand. ”I’m still stunned,” she said, with a small laugh, ”but I’m happy it’s you.” Naya had felt small, needling tugs toward the older woman before, but she’d ignored them; the poor girl thought most women were pretty, but that didn’t mean she could swoon over all of them. This… This was different, the silver Cadet thought. This was different.

Was it Minerva's playfulness during the snowball fight? The care and concern she had for her fellow Cavaliers? Naya wasn't sure, but as she led her packmate back toward the dance floor, she wasn't sure it mattered, either.

“You look beautiful,” she said, a nervous smile on her lips. Did Minerva think she looked beautiful, too?