Switch to full style
Territories: Saint Croix Highlands, The Borderlands, Branta Stretch
The hilly northwest includes the marshland of Canaan Bog and the Serpentine Mountains, while the western parts of New Brunswick are the most populous, including the coastal city of Saint John and the previously bustling trade port Freetown.
Topic locked
'Souls Assemblage 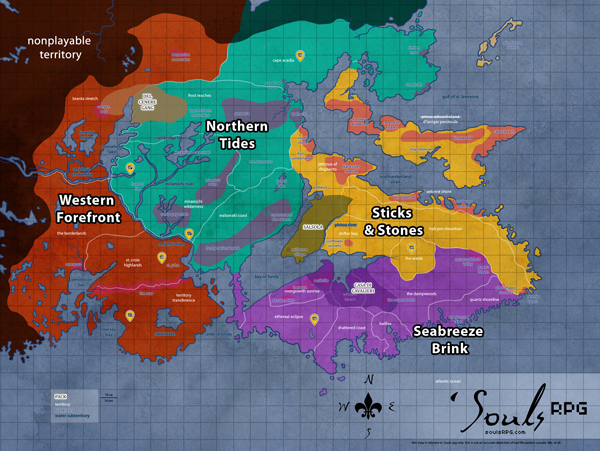 The Western Forefront territories are made of mainland Canada. The southernmost territories of the Borderlands include the mountainous St. Croix Highlands and the Atlantic coast city Saint John. Penobscot Bay and the Freetown are located to the southwest. St. John's chokehold separates the Borderlands from Branta Stretch, where the Canaan Bog meets the tundra like Serpentine Mountains. 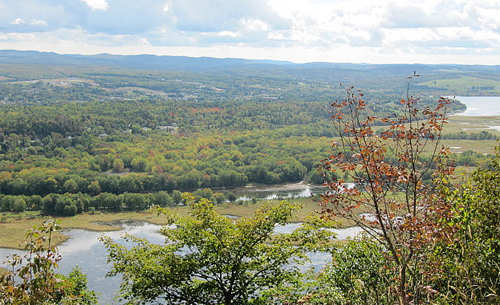 The Saint Croix Highlands are rocky and mountainous, as the name suggests. Sparsely forested, this hilly land was unsuitable for farming or livestock pursuits; most of the construction in this area took place in the last century of humanity's reign. Thus, the buildings have begun to fall to ruin faster than those of older construction. Many small suburban towns have been overtaken by wilderness -- shrubs and other small plants force their way through cement and asphalt, and wooden houses come toppling down to earth. 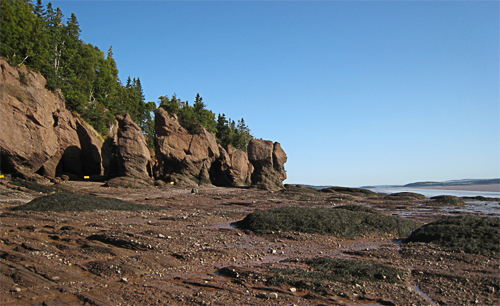 Cape Hopewell is home to a variety of unique geological formations. Large boulders dot the shoreline, often found in sea stacks and other odd formations -- sheer drops and raised beaches are the norm. As any other along the Bay of Fundy, this area boasts an extremely varied tide. Hopewell Cape in particular, however, boasts some of the highest average tidal ranges in the world; the high tide can rise as much as 16 metres (52 ft). During low tide, there is plenty of beach and numerous tidal pools; however, during the high tide, the water comes to the cliff's edge. 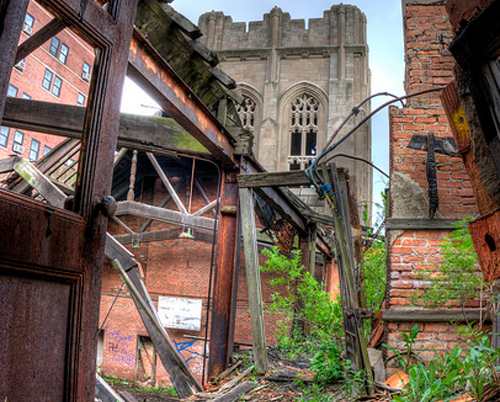 Although Halifax is larger than Saint John, this Atlantic coast city is as impressive, boasting tall buildings and a once-bustling metropolis. Like the Nova Scotian city, Saint John is also situated on a harbor. Many buildings closest to the shoreline are in the worst disrepair; a few have fallen into the harbor entirely. Inland construction is more secure, but all show wear and signs of nature's march forward. Four distinctive neighborhoods form Saint John city: residential, retail, commercial, and working class. In general, Saint John is in worse shape than Halifax, primarily due to the colder and harsher climate of mainland Canada. 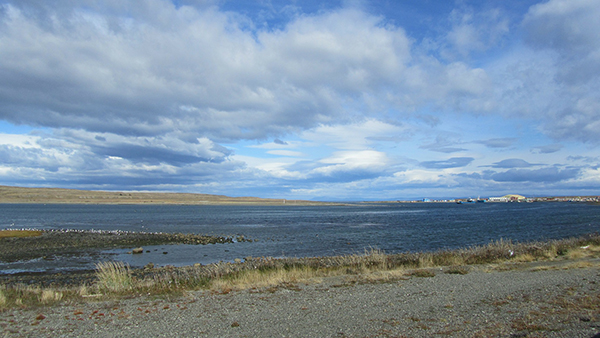 The Borderlands are flat and lightly populated by common forest. With more wetlands to the north, the area is mostly lowlands with the occasional long abandoned farm and overgrown fields with broken asphalt roads leading toward the once populated areas further south. The land meets the sea to the south, where destroyed villages and shipyards line the shore. 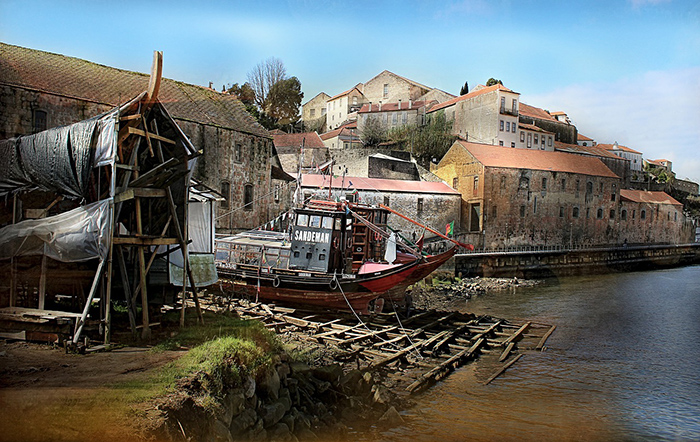 Searsport was once a very small human town known for its history of hosting 17 shipyards that built over 200 ships, and supplying the famous sea captains that sailed them. It was also at one point the second largest deepwater port in Maine, due to its bustling confluence of shipping, both by land and sea. The location of Searsport had been ideal for early human railroads, wood products and other development interests, much of which is still present in the town though nature has reclaimed a great deal of these buildings and structures. 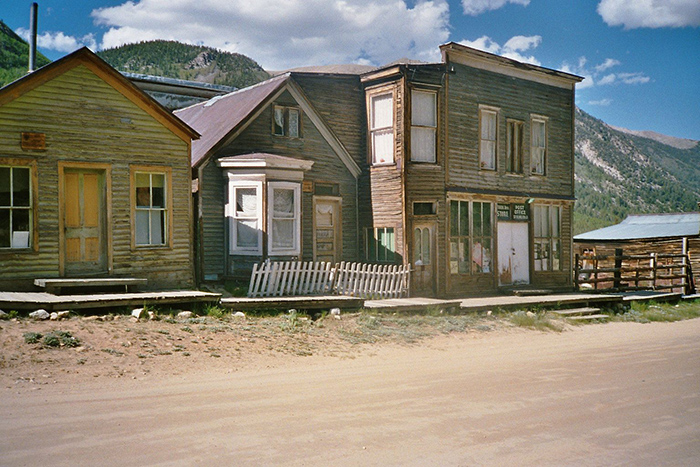 Once a bustling trade port, Freetown is located on the Maine coast. Much of Freetown itself has been destroyed, both by time and the Luperci living within it. Houses in the "Freetown Proper" area, the most densely populated area within Freetown, are spaced very widely, as many of their neighbors have been razed to the ground by Luperci. The homes themselves are usually in various states of disrepair. Further destruction rattled Freetown in the aftermath of the meteorite, and the consequential air-blast and flooding razed massive sections of the city to the ground. It was not long after this that the majority of traders (and their families) abandoned the city for better prospects, and the once so popular trading port is becoming yet another ghost town. 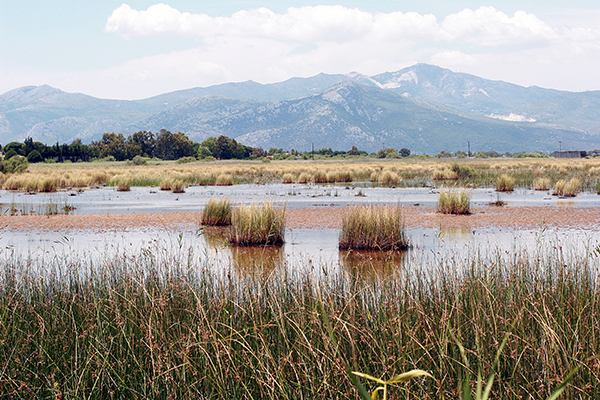 The territories of Branta Stretch consists of lowlands and marshlands, populated with sparsely scattered forests of balsam fir and spruce trees. The northern sections of the peninsula are elevated into largely barren mesas. The area becomes more mountainous towards the far north, with scattered clusters of old cabins and tiny, rural communities along the mountain base. 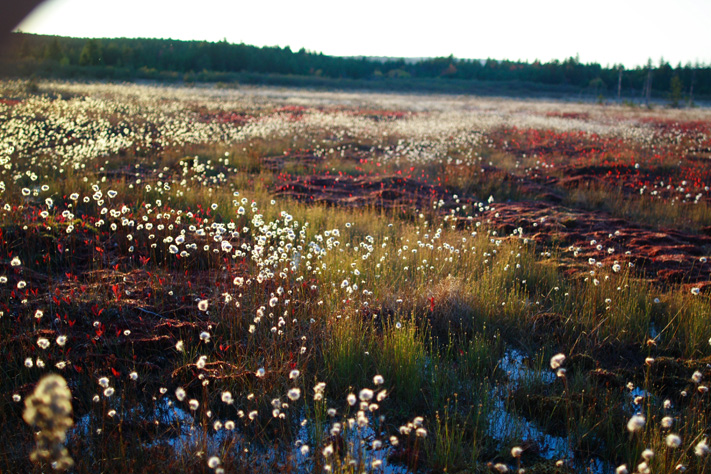 Flat terrain and poor drainage have led to the formation of a bog in the lowlands of southern New Brunswick. The bog is interspersed with a complex network of forested islands, covered mainly with black spruce, jack pine, eastern cedar, and other coniferous trees that can survive the acidic soil. Though the bog is extremely wet, the surrounding lowlands feature long, dry summers that often spark forest fires. 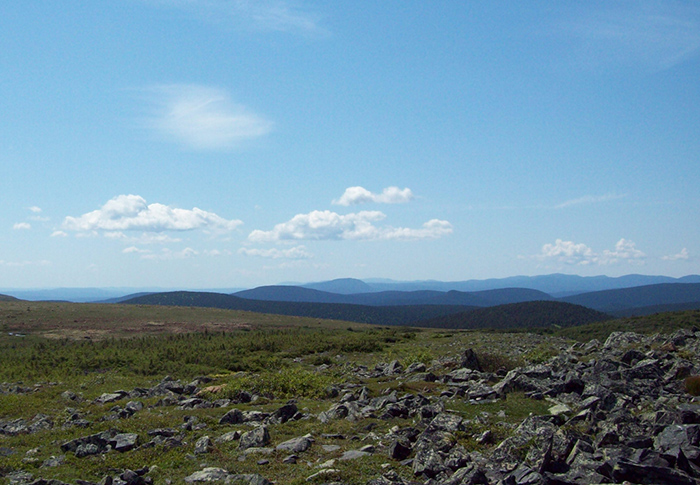 Winding along the northern section of the peninsula loom the Serpentine Mountains. Balsam fir and spruce trees dominate the base of the mountain but all vegetation quickly thins the closer to the summit one goes. This is due to an unusual bedrock known as serpentine, the soil of which few plants can grow. As a result, the summit of the Serpentine Mountains is nearly flat, largely barren, and looks like an alpine tundra. At first glance the mountains might seem worthless but more creative Luperci may plenty of uses for serpentine.